1.     A system of government in which the people have virtually no authority and the state wields absolute control, for example, a dictatorship. (not restricted by a constitution or laws or opposition etc.)

1.     A bat corona virus (SARS-CoV-2) modified in the Wuhan Institute of Technology lab, through gain of function to infect humans to supposedly be used to innoculate bats, at the direction of and funding of the United States government by proxy of NIH by proxy of NIAID by proxy of Ecohealth Alliance at the direction of Tony Fauci (Director of NIAID). This viral gain of function modification that was purposely made to cause human infection makes SARS-CoV-2 a bio-weapon. It is unknown if the method and timing and/or location of this bio-weapon release was accidental or on purpose.

2.     A type of mRNA based gene therapy marketed inaccurately as a vaccince, that was developed and released on a severely compressed timeline that didn’t allow for adequate testing to determine efficacy and safety. It was poorly designed to only target the spike protein, and turn the body into a spike producing machine which has been shown to create cytotoxicity, and many adverse affects including many deaths. Many deaths will come over time from exacerbating existing  immune disorders and conditions that individuals have. With the increasing timeline from the jabs and the variety of conditions will make it difficult to track them back to the jabs.

3.     A type of nasal swab test to supposedly detect covid, that has also been reported to impart various toxic substances such as the known sanitizer and cancer causing agent Ethylene Oxide (EO) and graphene deep in the nasal cavity in the case of scrape the brain PCR test where it can pass through the bood brain barrier and be absorbed into tissue and the blood system. An interesting note; the PCR test is apparently inaccurate and the CDC announced (7/21/2021) that they would “withdraw the request to the U.S. Food and Drug Administration (FDA) for Emergency Use Authorization (EUA) of the RT-PCR Diagnostic Panel” on 12/31/2021 to allow time for “transition to another FDA-authorized COVID-19 test”. The PCR test was inaccurate detecting Covid for multiple reasons.  Around the same time (7/19/2021) the Bill Gates and George Soros group announced they were buying Mologic testing company (UK) that launched new lab-based COVID-19 antibody tests around 4/20/2020.

4.     A mobile app linked to individuals Covid testing results indefinitely to easily facilitate Covid passport access and usage as well as currency, for allowing participation in public life. Bill is particularly interested in this also.

5.     A murderous protocol3 promoted by Little Tony Mengele Fauci and the CDC for treating Covid patients that ignores and disallows obvious treatments for the inflammatory and thrombotic responses that Covid induces, by using existing purposed and repurposed drugs. India has brought Covid to its knees with Ivermectin especially in Uttar Pradesh and is a great study in the use of repurposed drugs such as Ivermectin that have been proven safe, effective1 and cheap2 as well Hydroxychloroquine and other drugs. The hypocratic oath should be changed from “Do no harm”’ to “Don’t just stand there! You know how to treat this!”, because knowing what to do, being able to do it, but refusing to do it … by default …

IS DOING HARM and CAUSING DEATHS!

1.     The use of Covid related anti-science fear-porn and coercion of loss of employment to justify employment related experimental Covid shot mandates, Covid testing mandates, and mask mandates as well as denial of constitutionally protected liberties by using vaccine passports and related mobile applications in order to cause social conformity (group think) to create a mass formation to bring about totalitarianism.

An example of Social Conformity that when applied to large populations of decoupled individuals with free-floating anxiety over our current mass hysteria reaction to a bad seasonal flu and no source to direct their anxiety towards could quite possibly create a Massformation Psychosis where people go along with what they’re told unable to use logic and reason to escape it to fight back thus ushering in totalitarianism. 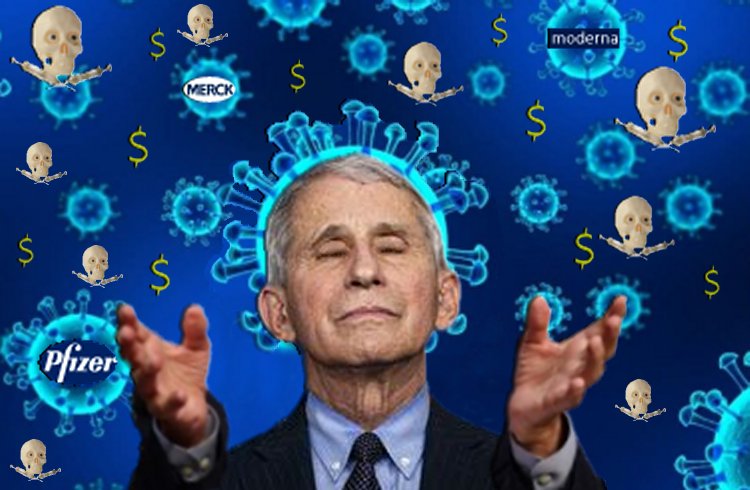 1.     Ivermection has been used safely to treat multiple maladys in humans including Covid with ovrer 3.7 billion doses administered worldwide since 1987.  Why is Tony so rabidly against it, if it does no harm and has been shown to  work in many cases? Shouldn’t he be happy to eradicate Covid in any way possible? He doesn’t have a conflict of interest in keeping the ‘pandemic’ going does he.

1.     "What is Ivermectin" Premier Event video – Learn the truth for yourself.

3.     Ivermectin, ‘Wonder drug’ from Japan: the human use perspective

3.      murderous protocol – You go to the hospital when you’re feeling bad and they say there’s nothing we can do, come back when you can’t breath. Then when you come back they put you on a vent, give you Remdesivir which sends you into multiple organ failure causing you to drown breathing in your own fluids when your kidneys fail, if you don’t just suffocate first. Maybe you have a friend or a loved one that has experienced this.

2.     Injudicious use of sedatives and paralytics to produce a passive and motionless patient which prevents being able to fight being hooked-up to a ventilator or fight to breathe when on a ventilator - ~$7,000 - $20,000

1.     when you were younger and asked questions to compitent people that you trust and have your best interst at heart when you didn’t understand something or it didn’t make logical sense? (Maybe parents?)

2.     when the MSM reporters ran at politicians with microphones extended asking pointed questions on your behalf  instead of running at you with bullhorns blaring  their narratves?

Be on guard for bait and switch arguments, like Ivermectin is horse medicine from the FDA.

Be on guard for so called fact checkers. Who fact checks them?

Reuters publishes its fact-checking commentary online in a format designed to resemble new stories, which turn up in online searches.

Reuters announced a new collaboration with Twitter to “more quickly provide credible information on the social networking site as part of an effort to fight the spread of misinformation.”

However, when announcing its fact-checking partnerships with Facebook and Twitter, Reuters made no mention of this fact: The news organization has ties to Pfizer, World Economic Forum (WEF) and Trusted News Initiative (TNI), an industry collaboration of major news and global tech organizations whose stated mission is to “combat spread of harmful vaccine disinformation.” Jim Smith, who sits on Pfizer’s board, is also former president and current chairman of the Thomson Reuters Foundation, and CEO and director of Reuters parent company, Thomson Reuters Corporation

Reuters also failed to provide any criteria for how information would be defined as “misinformation” and did not disclose the qualifications of the people responsible for determining fact versus false or misleading “misinformation.”

Physician kicked off LinkedIn for calling out Reuters’ ties to TNI, Pfizer, WEF

However, this is where the treating over-achievers hang-out.

Use duckduckgo.com for searches unless you want left wing results spoon fed to you by the google. Heck … try them both a few times and compare the result sets yourselves.

Is the World Economic Forum right about your future?

“You Will Own Nothing and You Will Be Happy”? – The Great Reset